I bought a new TV for my mom to replace her 21-year-old Sanyo CRT TV that my parents bought when I was a pre-teen. By the way, the Sanyo is still working, though the picture isn’t what it used to be. Initially, I was going to do it the polite way and wait for the old TV to die before I got a new one, but as the old TV has shown no signs of decline in the past two years, I lost hope of that ever happening. I guess I should have known better than to count on the death of a Japanese product from the early 90’s. (BTW, how’s your Game Boy working? Mine’s still going strong.) 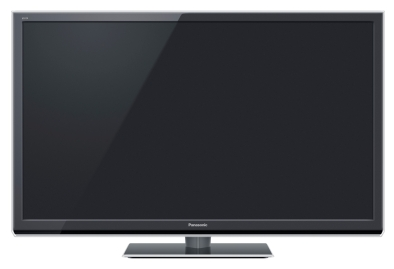 When you ask a non-techie shopper what TV they are going to buy, the answer is most likely going to be “LED”. In the minds of most consumers, LED TVs are the state of the art in TV technology. A major reason for this association is that, of all the TV types available today, LED TVs simply appeared the latest. They are also a bit thinner and much more energy-efficient than other types of TVs, which contributes to the modern impression they make on shoppers. For these reasons, an LED TV was my default choice as well. I had to be convinced to choose otherwise.

I was persuaded away from LEDs because I noticed a funny thing during my occasional visits to TV stores in Wroclaw: every time I noticed a TV with picture that impressed me, I would glance at the label and it would read “plasma”.

On the other hand, a plasma display has no backlight. It is more like a matrix of tiny neon lights – small cells filled with a mixture of gases that turn into glowing plasma when you apply voltage to them. Turn off the voltage and the light is gone. Because of this, it is relatively easy for a plasma display to reproduce true black.

Another advantage of plasma displays is uniformity. LCD and LED displays commonly suffer from “backlight bleed” – light from the backlight “bleeds” around the edges of the panel, which means that when looking at a dark scene in a movie (e.g. a night sky or a dark interrogation room), you can notice patches of light instead of a uniform black area. This is not an issue with plasma displays.

The main advantage of LED displays over plasma displays is power consumption. An LED display will use up 50% less power than a plasma display of the same size. This may seem like a lot in relative terms, but for a 40” display the difference is about 60 watts. If you watch TV for 4 hours every single day, you will save 87 kilowatt-hours over a period of one year. This works out to about $15 per year. You decide whether it’s worth paying $15 per year for superior picture quality.

My impressions of the Panasonic TX-P42-ST50-E

I’m not going to write a complete review of the TV. For that, I’ll refer you to the glowing reviews at HDTVtest.co.uk and AVForums. The consensus among the Internet experts is that this is a mid-range plasma TV with better picture quality than last year’s high-end models.

Below, I’ll report my general impressions and include some information that I wasn’t able to find anywhere, despite extensive research. I hope you will find it useful in making your purchasing decision.

Note: The information presented here refers to the European version of the Panasonic ST50. The North American version has different firmware and slightly different features.

When I bought the Panasonic TX-P42-ST50-E, I had already read Internet reviews of it, so I was not surprised to see the flawless cinematic picture quality of this TV. I was, however, pleasantly surprised at how well it handles digital content. Having read user comments about the limited video format support in previous Panasonic models, I was fully prepared to shell out $100 for an external media player such as the WD TV Live. This has turned out to be completely unnecessary, which is great because it eliminates the need for another device with yet another remote control.

If you are looking for a modern TV with top-notch picture quality and good support for digital media playback at a reasonable price, you’ll be doing yourself a disservice if you don’t at least check out the Panasonic TX-P42-ST50-E.

My only reservation concerns the buzzing noise that can occasionally be heard when displaying bright images. If you are highly sensitive to noise, it’s probably a good idea to make sure you will be able to return the TV in case you find the buzz too irritating. Personally, I don’t have a problem with it, and I’ve spent significant amounts of money and time to silence my PC, so chances are you won’t either.

(For tons of discussion and nerdy details, check out the official threads at AVSForum and HighDefJunkies.)